An animal rights group is offering a hefty reward to anyone who can help catch whoever is responsible for the deaths of two common loons that were reportedly shot and killed on Cape Cod last month.

The People for the Ethical Treatment of Animals, or PETA, announced Monday that the organization will give up to $5,000 for information leading to the arrest and conviction of a suspect involved in the shootings.

Loons are protected under the federal Migratory Bird Treaty Act and are considered a species of “special concern” in the state.

Killing a loon is an arrestable offense and can carry a fine of up to $500 or more. The state Environmental Police are working with several agencies to investigate the deaths of the birds.

“PETA is urging anyone with information about either case to come forward immediately,” Colleen O’Brien, a spokeswoman for the group, said in a statement.

One of the loons was discovered on a beach in Truro in early February, apparently shot. Rescuers took the bird to Wild Care Inc., a nonprofit that rehabilitates marine wildlife, where it later died. A postmortem X-ray of the bird revealed it had small pellets lodged in its head.

A few weeks later, a second loon was found suffering in a parking lot in Eastham. That bird was also taken to Wild Care Inc., where it succumbed to its injuries. An X-ray showed that bird also had pellets in its head and one in its neck.

The loons were taken to the Tufts Wildlife Clinic at the Cummings School of Veterinary Medicine at Tufts University last week so experts could perform necropsies on the birds.

The necropsies — the animal equivalent to an autopsy — will help investigators determine what types of pellets were used to shoot the loons and possibly what type of gun they came from. Results from the examinations are still pending, and won’t be conclusive until later this month. 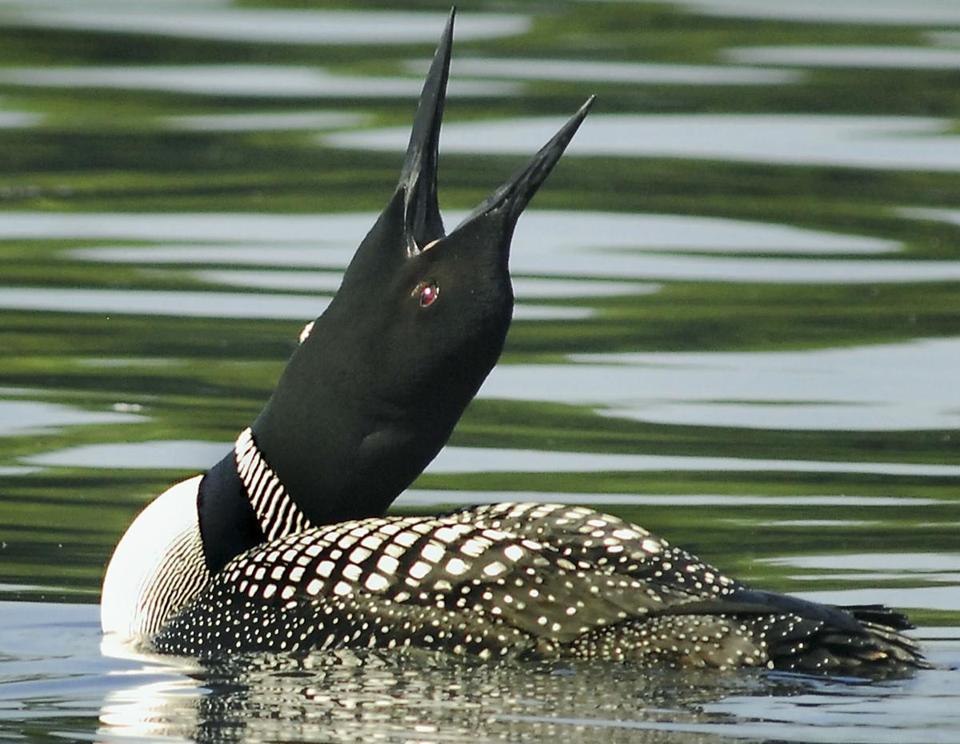 MARK WILSON/GLOBE STAFF/FILE – PETA is offering a hefty reward to anyone who can help catch the person or people responsible for the deaths of two common loons that were reportedly shot and killed on Cape Cod last month.